We all have our passions and mine is dogs and puppies.

I suppose no one in his or her good judgment would have thought to pick up a dog from a gas station in Cameron, AZ. I saw Granite on my way to Sedona in the fall of 2012. I said a little prayer for him. "Please stay safe for four days and don't get hit by a car or die of despair. I will come back for you."

I saw Granite on the return trip and made a quick turn into the gas station. I stopped just shy of him in order to not scare him. I casually got out with a leash and some food and started to follow him as he walked slowly away. I said out loud, "Hey buddy." He stopped but didn't turn right away. Maybe he was in disbelief that someone was actually speaking to him. I said it again and he turned. The kindest big brown eyes met mine. I would like to explain to those of you who do not know Granite; he is 65 pounds, black, and mostly pit bull. At the time he was in bad shape with scars all over him and parts of his ears were missing likely from fighting for food and with other intact males.

Most people would have grabbed their loved ones and gone the other way. After we had eye contact, I simply asked him "Are you nice?" Wag wag... So he is nice. I fed him the food that he was mildly interested in. (He was most likely used to gas station food.) I cautiously slipped the leash over his head and asked him to come with me while inside I was so elated I could have jumped for joy but didn't want to scare him. He was amiable but seemed in disbelief.

We reached the truck and with my sunglasses off I offered him a bowl of water. This, I have learned, is far more precious than food at times. He drank gladly. I then prepared to load him in the covered back of the truck. I turned my head to protect my face in case he got scared and turned on me as I lifted him. However, he did no such thing! He went right to the blanket I had laid out for him and curled up in a tight ball. He seemed to be thinking that if this was the end of his life that it was ok. Someone cared and he was complete.

But for Granite it was the beginning. He is such an amazing dog and now best friend to my friend Christine. He has moved on from the terrible life he was living, forgiven, forgotten. He lives his days as happy as a creature could be with such joy in his heart that I cared enough to stop. Always remember: YOU CAN CHANGE A LIFE!

All animals pull me strongly to them but dogs have been my true calling since I was young. My dad used to joke how I was always sure to say hello to the dogs, giving them a kiss before him. He was right. My close friends understand and support me in my true love. Dogs love and forgive with remarkable generosity of nature. I am continually amazed at their ability to love humans despite the evil inflicted on them by our species. We are incapable, in my opinion, of coming close to their meaning of unconditional love. I have seen so many with a kindness in their eyes despite their current situation. People have asked me so many times "How do you do it?" or "I saw a dog starving and loose on the roadside and wanted to take it but just couldn't." My response is not a judgment but truly comes from my heart: "How could you not?"

They do not have homes. They are not cared for. To live to be two is an old dog in areas of the Four Corners Regions. One puppy from a litter may survive. They may not be the lucky one. Yet even when they have lived through they are willing to make an alliance based off a kind gesture.

I love this quote from the ASPCA: "Until the day when animals receive the respect and consideration they deserve, our commitment to preventing their needless deaths and senseless suffering will continue."

Do what we can when we can. Thanks for reading.
- Lisa Parker

Parker's Animal Rescue strives to rescue, foster and find permanent loving homes for abandoned animals in La Plata County and the rural Four Corners. The overriding principles of the organization are 1) to educate the public on the importance of spay and neutering, and 2) educate pet owners on the proper stewardship and teaching of animals. 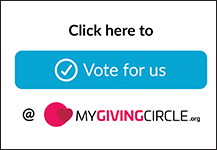 Thank you to our Business Sponsors!